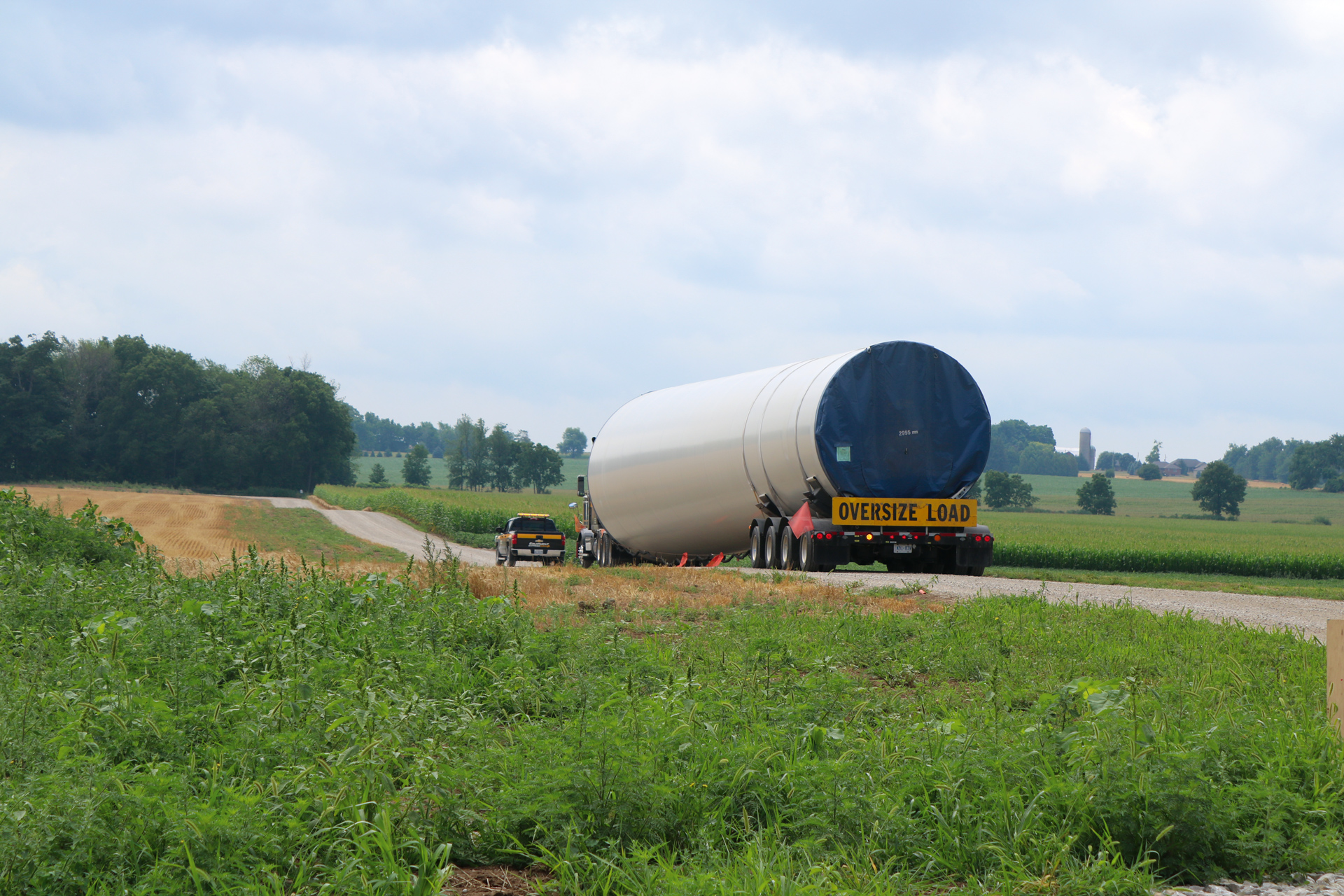 Community-owned wind energy offers an exciting development opportunity for communities to reduce their carbon footprint. In Norwich, ON, the Gunn’s Hill Wind Farm provides Oxford County with clean energy and community benefits. The Gunn’s Hill Wind Farm boasts ten turbines which produce a total of 18 MW of electricity – enough to power approximately 6700 homes in Woodstock and the surrounding area. Through a unique partnership model developed by Prowind Canada, the Gunn’s Hill Wind Farm is jointly owned by Prowind, the Oxford Community Energy Co-operative, and the Six Nations of the Grand River Development Corporation. Culminating over seven years of hard work from all partners, the Gunn’s Hill Wind Farm began operations in October of 2016. Through intense public consultation with the surrounding communities and indigenous communities who hold treaty rights to the land, Prowind was able to plan, develop, construct, and operate the wind farm in an environmentally, socially, and fiscally responsible manner. As the developer of the project, Prowind coordinated efforts between various authorities, landowners, contractors, and partners in order to ensure a smooth and successful experience. The project provides not only a stable source of income for landowners, but contributes to a community vibrancy fund, various student bursaries, as well as the creation of approximately 200 jobs throughout the development and construction process. Prowind is proud of the success of the Gunn’s Hill Wind Farm and looks forward to further developing green energy projects in conjunction with local community and indigenous groups across North America.